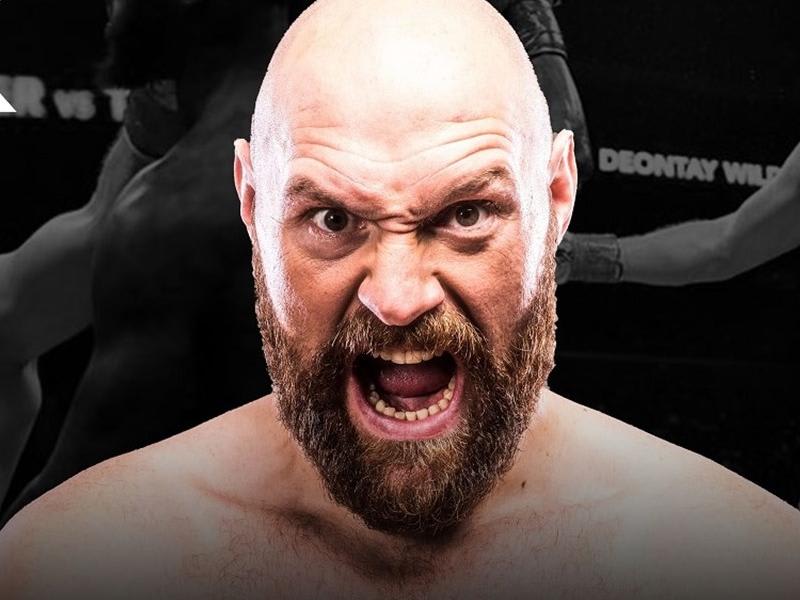 When Anthony Joshua met Andy Ruiz Jr earlier this year the price on Joshua to win easily in Madison Square Garden in June was almost identical, but we all know how that ended. Joshua was knocked down four times before Ruiz clinched the victory in the seventh round in one of the biggest upsets ever in heavyweight boxing.

28-year-old Swedish fighter Otto Wallin is undefeated in 20 contests, with 13 knockouts, and is ranked No 4 with the WBA and No 11 with the IBF.

As an amateur he won 34 of 46 fights and when the news broke about the coming bout wih Fury, it of course hit the big headlines back home in Sweden.

Wallin is currently training in New Yok with his coach Joey Gamache, who once held the WBA super featherweight title, as well as the WBA lightweight title, ahead of the clash with the Gypsy King in T/Mobile Arena in Las Vegas on September 14.

Wallin, who is 1.97m tall and weighs 107 kilo, is full of confidence ahead of the clash, which he sees as a chance in a lifetime.

`I have good footwork, and I'm just so quick for being so big. And I'm a smart boxer. The three things will be very important. And I will not let him control the game too much. Then he is very good and very difficult to box. Fury is huge and unorthodox in his style, and he makes good use of it. I want to get him to not be able to control the match the way he wants.`

`I haven't been to this elite level before, but I've met good boxers and I have been sparring against some world-class boxers like Anthony Joshua for example. Fury is special in many ways, very entertaining, talking to his opponents, dancing around, being completely different from many others. Sure he is a big favorite, he has been at a much higher level than me, but look at how it went for Anthony Joshua lately.`

For Tyson Fury this marks his return to Las Vegas, less than three months since his second-round thrashing of Tom Schwarz at the MGM Grand Garden Arena, in the second of a five-fight deal with ESPN that is worth £80 million. BT Sport will have the broadcast rights in the UK.

A victory will earn Fury a re-match with Deontay Wilder for the WBC heavyweight crown early next year.

Fury said: `I am pleased to be back in Las Vegas. I loved my time there in my last fight and am going to put on a show again. Otto Wallin is a world-ranked fighter and is tall, something we want with the Deontay Wilder rematch around the corner. He is also a southpaw, which will bring its own obstacles, but I will be fully focused to get this job done because the rematch needs to happen.`

The Gypsy King is back in the big business after his rollercoaster years when he put an end for the rather boring Klitschko heavyweight era in 2015. Fury crashed into a depression fuelled by alcohol and drugs and ended up weighing 160 kg with a daily cocktail of booze and fast foods before his miraculous turnaround and comeback.

The boxing world is anticipating an easy win for Fury with the mouthwatering clash with Wilder coming up next year. But will it be that easy?

FURY OR WALIN? CHECK OUT THE LATEST BOXING ODDS HERE